Eternal Ice is my oldest region – built in 2016 in my then Grid Kroatan. It has been in the Pangea Grid since January 2022.

Although small expansions have been added over the years, Eternal Ice remains largely as it always was. With lots of Sculpties and Primbauts and relatively few (new) meshes.

Similar to Needful Things, there is a lot of emphasis on honoring „old“ hypergrid objects.

The highlights of Eternal Ice consist of the small raft that permanently travels back and forth between the landing point and the observatory, and the party ice lagoon, with lighting effects scripted by Sixtus Majus in 2019.

Each year on Eternal Ice, there is an Advent Calendar with small gifts, most of which are not (yet) available for the taking elsewhere. The annual Advent Calendar is a little treat in the run-up to Christmas, intended to brighten the dark season a bit for the inhabitants of the hypergrid. 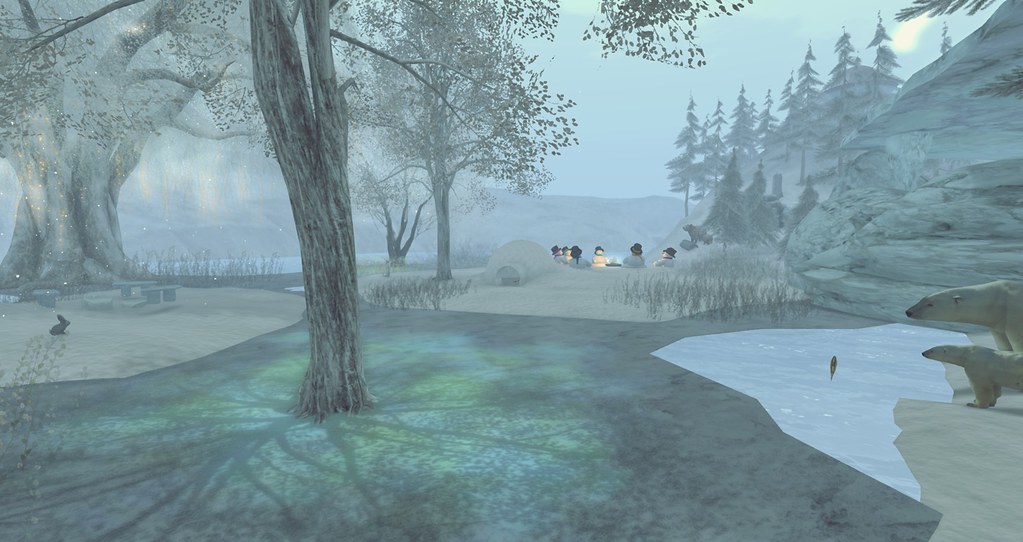